Speed Of Light in Vedas 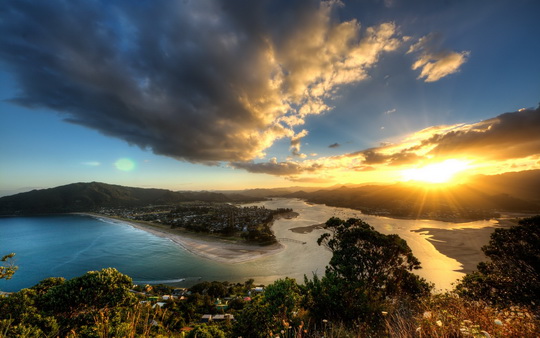 The most well-known source of light is the Sun, or Surya Dev in Hinduism. Suryadev has been worshiped in India since time immemorial following the traditional way of respecting and worshipping important forms of nature. Suryadev is a part of many festivals, including Pongal or Makar Sankranti, Chattha Puja, etc. The Surya Namaskara is a complete exercise procedure that is part of the daily-morning routine of many Indian homes.

It is a well-known fact that light travels at a phenomenal speed of 3 x 10^8 metres/sec. This value is etched into the memory of students in their early years in school and this value of the Speed of Light was established by the experiment conducted by Michelson and Morley, celebrated American Physicists in the 19th Century.

But did you know that the first yet the most perfect and exact quantitative estimate of the speed of light is seen in Indian vedic scholar Sayana’s commentary on the Rigveda back in the 14th Century AD. It says sun light travels 2202 Yojanas in a half Nimesa.”

The below shloka is part of the Rig Veda:

“Swift and all beautiful art thou, O Surya (Surya=Sun), maker of the light, Illuming all the radiant realm.”

Saint Sayanacharya who was a minister in the court of Bukka of the great Vijayanagar Empire of Karnataka in South India (in early 14th century) after reading the Rig Veda, gave the following comment:

The above translates into:

Now for the calculation, Converting the units used in ancient India to those used presently :

Thus 2,202 yojanas in half a nimesa is equal to 185,794 miles per second after conversion. yojana is a yoking or harnessing, that which is yoked or harnessed, a team or vehicle, or a course or path.

Yojana is a stage or the distance traversed in one harnessing or without unyoking.1 yojana is said to comprise either 4 or 8 krosha (a cry or shout, or the range of the voice in calling); and 1 krosha (or goruta ~ as far as a cow’s lowing may be heard, or a bull’s roar) may represent either 1000 or 2000 daNDa (a rod or staff).

Sound radiates in all directions, so perhaps there is some confusion in regarding a krosha either as the radius of travel in one direction or as the full diameter of travel.

Man is the traditional measure of all things, and 1 danda represents 1 pauruSa (a man’s length) which equals 1 dhanvantara (bow-string) or dhanu (bow).1 yojana measures either 4,000 or (more likely) 8,000 dhanus.

Assuming that 1 paurusha is 6 ft long, then 1 yojana must represent a distance of about 14.6 km (or about 9 miles, as suggested by Monier-Williams).A full range of self-consistent units was anciently devised from the proportions of man’s own frame, although their exact conversion into modern units is unclear.

All discussion of Sayana’s comment has assumed that one yojana is about 14.6 km, and this is based on the western ideal of a 6 ft man. The ancient sacred Egyptian cubit measured 28 angulas or 52.92 cm; and the ancient sacred Babylonian cubit measured 51.03 cm ~ i.e. 27 angulas ~ and this cubit was well known in ancient India. There are 32,000 hasta or cubits in a yojana; and if the Sumerian sacred cubit is assumed, then one yojana is actually 16.33 km.

It must also be noted that Sayanacharya was only commenting on the Rig Vedic text. It is hence practically inferable that earlier interpretations and findings existed, but might have been lost or could not be passed any further till present time, again pushing the date of discovery of speed of light further backwards on the historical timeline.

Thus, our Ancient Vedic Indians had established the Speed of Light much before scientists in other parts of the world ! This again proves the Scientific knowledge of Ancient India. Very Enlightening, isn't it?